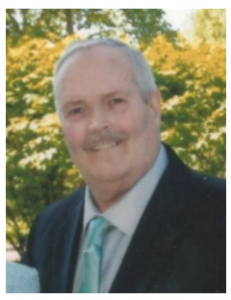 Dale A. Matz, age 68, a 43 year resident of Washington Township passed away unexpectedly on Friday, April 27, 2018. Dale was born February 22, 1950 in Mt Clemens, Michigan, the son of Alvin and Eleanor (Ellis) Matz.  He married the former Linda VanDenbrouck on October 7, 1972 at St. Lawrence Catholic Church in Utica, Michigan.  Dale worked for the Washington Township Sewer & Water Department for 10 years before retiring in 2013.  He previously worked at Messina Trucking as a driver and before that worked with his father-in-law at Van’s Welding in Utica, Michigan. Dale spent 32 years as a volunteer for the Washington Township Fire Department and his hobbies included hunting, fishing, watching his beloved Detroit Tigers, but mostly spending time with his 4 grandchildren.  He also was involved with the Knights of Columbus, Council # 7018 of St. Clement of Rome, Romeo Michigan, where he served as its Grand Knight for 2 years. Dale served with the United States Navy and belonged to the AMVET’s in Baldwin, Michigan, where he had his hunting cabin.

Dale is survived by his wife Linda, children: Randy (Camillia) of Richmond, Ryan (Caitlin) of Washington Township, and Bryan (Lonna) of Shelby Township, Michigan. Grandchildren include Jacob, Reese, Violet, & Ellie.  Dale was preceded in death by his parents, brother Fred, and sister Patricia.

Visitation will take place on Monday from 2-8 PM at the Henry M. Malburg Funeral Home, Romeo Michigan.  In lieu of flowers, donations to the Washington Township Fire Department would be appreciated.